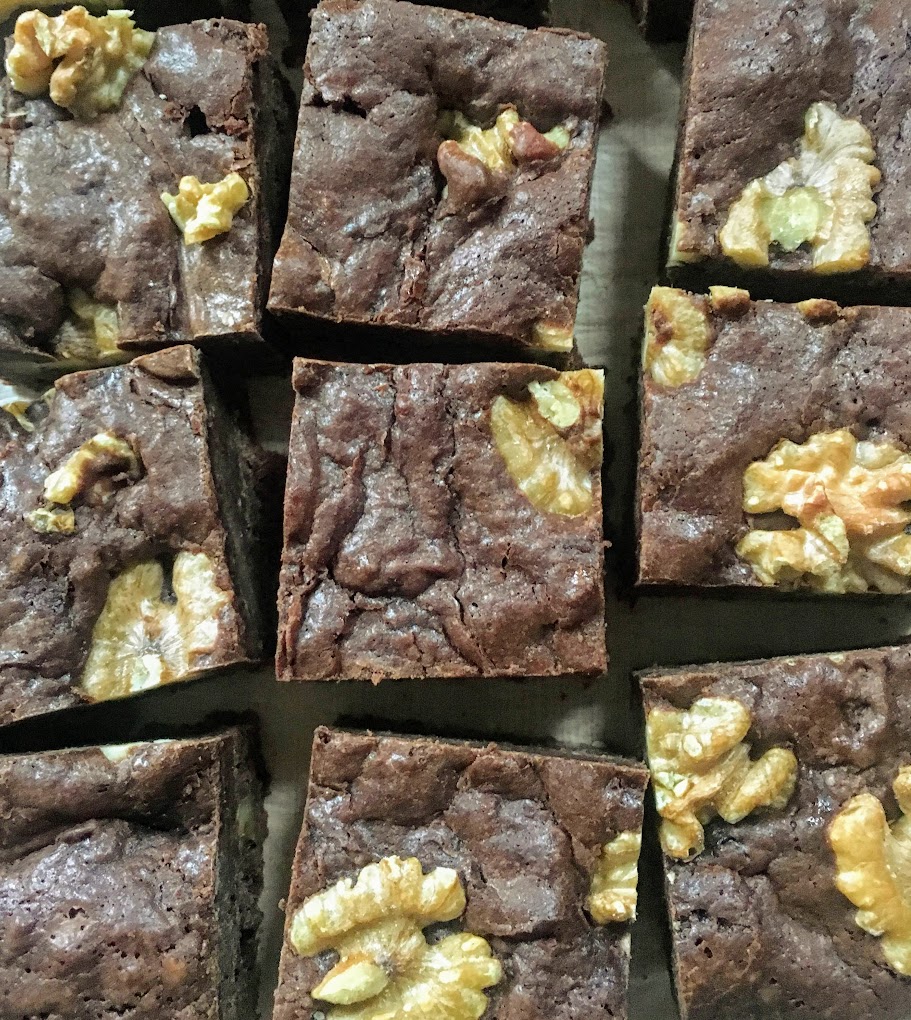 Mashed banana makes a great addition to blondies and brownies. A few years ago, I developed a recipe for banana, hazelnut, and chocolate chunk blondies. This time around, I incorporated banana into pastry chef Nick Malgieri’s “Supernatural Brownies,” so named after he attempted to double a fudge brownie recipe but forgot to increase the flour, yielding insanely moist, chocolatey treats. In this modified version of Malgieri’s recipe, mashed banana replaces some of the butter, sugar, and egg while enhancing moisture and flavor – a supernatural baking feat if there ever was one!

Preheat oven to 350 degrees F, and grease or line a 10 x 10 inch baking pan with parchment paper.  In a large pot, combine butter, chocolate, and sugar. Melt over low heat, stirring frequently. Remove from heat. Stir in eggs, mashed banana, vanilla, and salt until well combined. Fold in flour until just incorporated. If using walnuts, either stir in here or reserve for later, to create a decorative pattern over the surface of the brownies.

Pour batter into prepared baking pan. If you chose to reserve the walnuts, arrange them evenly over the surface and press them down slightly. Bake for around 25-35 minutes, until a fork poked in the middle comes out clean. (I found that the brownies baked faster when the walnuts were stirred directly into the batter rather than arranged over the surface.) It is better to slightly underbake these, so if in doubt remove from the oven a little early.